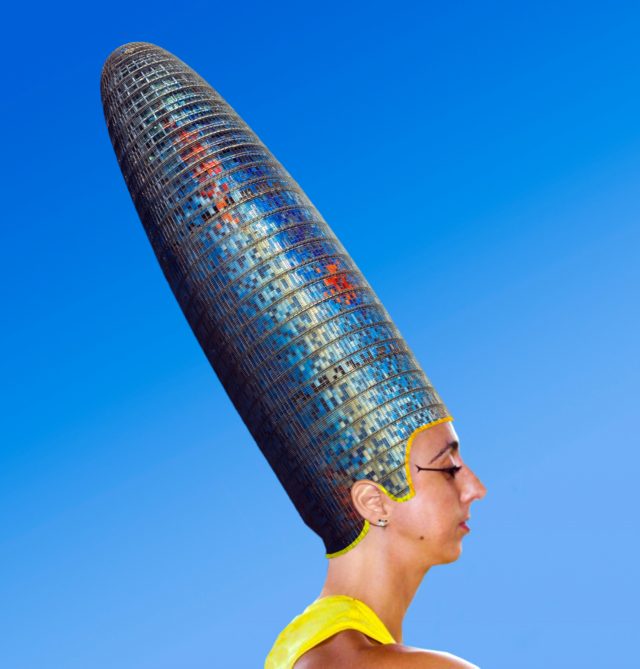 Oecumene is an interactive dance and music piece that reflects on the role of the individual in the world, expanded through technology beyond the limits of her geographical birthplace or cultural identity of origin. The Oecumene is a term that comes from the Alexandrian ideal of Cosmopolis: the world inhabited as a whole, as the common possession of the civilised humanity of free men and women. A concept developed in this creation for a dancer and three-dimensional immersive sound design, in which she enters and interacts with a sonic landscape composed of thousands of sounds coming from multiple places on the planet. The development of the expressive qualities of dance in relation to this tapestry of universal sounds in constant transformation, work as an organism that mirrors the transcultural syncretism of the world that we have to live.
The piece employs an original technology that allows the dancer to interact in real time with lights and a sound reflection of the multidimensionality of the world that surrounds us. Oecumene proposes a sensory experimentation through our bodies, of a world accessible to our senses enlarged through interactive technology.

Muriel Romero is a dancer and choreographer. Her work is currently focused on the investigation of generative choregraphic structures and the incorporation of abstractions taken from other disciplines such as music or mathematics. She has won several international prizes such as Moscow International Ballet Competition, Prix de la Fondation de Paris-Prix de Laussane and Premio Nacional de Danza. She’s been first soloist in some the most prestigious companies around the world including Deutsche Oper Berlin, Dresden Semper Oper Ballet, Bayerisches Staatsballet Munchen, Gran Théatre de Genéve o Compañia Nacional de Danza. During her trayectory she’s worked with some choregraphers of our time like W. Forsythe, J.Kylian, Ohad Naharin or Saburo Teshigawara. She teaches at the Professional Conservatory of Madrid.

Pablo Palacio is an independent composer currently living in Madrid. His pieces have been performed in many countries and edited by the label Sub Rosa in Anthology of Noise and Electronic Music. He is also an active composer for dance and performing arts. He has divulged new perspectives and technologies in sound composition and interactive music through publications, workshops, and talks in several conservatories, universities and institutions such as University of Genoa (Italy), International Computer Music Conference (ICMC), Missouri State University (E.E.U.U), or Intenational Symposium of Movement and Computing (MOCO). He co-directs Instituto Stocos, a project focused on the analysis, research and development of the interaction between body gesture, music and interactive visual imagery, integrating in a performative context abstractions taken from other disciplines such as artificial intelligence, biology, mathematics or experimental psychology, participating in pioneering European research projects such as WhoLoDancE, Metabody, and D.A.N.C.E.