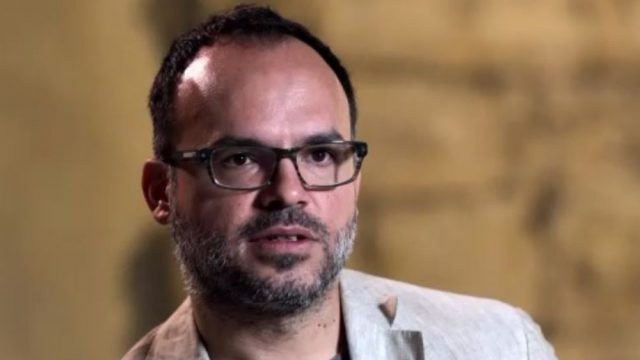 The core crisis of journalism is not about business models, quality, ethics, or trust. It is that news, the heart of journalism, is dying. It is losing its cultural relevance after almost two centuries — and thereby its commodity value.

News was a cultural invention, according to media scholar James W. Carey, that emerged at a specific time and space for particular needs.

It was at the dawn of globalization when telegraph technology began to fundamentally change the way news was gathered and produced. Suddenly the world grew bigger after the break away from time and space which telegraph caused. The telegraph “allowed symbols to move independently and faster than transportation,” wrote Carey. The small but quickly expanding population of literate citizens started to situate itself in a very different world from fiction. “News both forms and reflects a particular ‘hunger for experience,’ a desire to do away with the epic, heroic, and traditional in favor of the unique, original, novel, new—news.”

Now after the invention of global satellite televisions, affordable international air travel, and of course the internet and social media, news has lost its monopoly on the sense of globality it once generated.

Meanwhile, in reaction to speedy and at times excessive and careless global movement of capital, goods, and work, more and more disillusioned people come to walk the opposite direction — from the global toward the local. Look at the rise of artisan shops, local markets, and craft movement, as well as the growing national, religious, and racial prejudices. Or look at how the local news now to most people (and social media platforms) mean selfies and stories from friends and family (or from celebrities who are our de-facto cousins) instead of city or state politics.

News used to be the main source of daily drama for the expanding literate class. It was what many people used as ice-breaker to communicate with their partners, colleagues and friends. But gradually with the invention of cinema, television, video games, YouTube, Twitter, and Netflix there are many other things than news to discuss at breakfast table — if there is still such a thing.

The result is a bifurcation: 1) A short-form journalism which is growingly produced by news makers than news outlets directly (tweets by politicians or local police or authorities) and few people are ready to pay for them; 2) A long-form narrative journalism in text, audio, and video which are symbolized by non-fiction books, documentary podcasts, and video documentaries — all with steady or growing market appeal.

The truth is that the news is dying, but journalism will not — and should not. If, as Carey once urged, journalism and democracy are synonymous with public conversation, the crisis of journalism can only be a reflection of the crisis of democracy.

The challenge for journalism in the years to come is to reinvent itself around something other than news, whilst resisting the seduction of propaganda and entertainment.

I personally think that post-news journalism will revolve around drama. This means we should make various experiments inspired by older artistic forms such as literature, theatre, cinema, photography and even music and dance.

Innovation in journalism should not only be about business models or technology, it should be also about radically new cultural forms and representation formats.

Hossein Derakhshan is an Iranian-Canadian writer and researcher, and a pioneer of blogging, podcasts  and tech journalism in Iran. He was a research fellow at Harvard Kennedy School’s Shorenstein Center and is currently a research associate at the MIT Media Lab. He co-authored the report Information Disorder, commissioned by the Council of Europe, on the theory and practice of what is known as ‘fake news’ with Claire Wardle.

He spent six years in prison in Iran from 2008, which inspired an essay on the demise of blogs and “The Web We Have to Save” (Matter, 2015). His current research is focused on the future of journalism and also on the theory and socio-political implications of digital and social media. His writings have appeared in The New York Times, The Guardian, MIT Technology Review, Wired,  Libération, Die Zeit, and Corriere Della Sera.