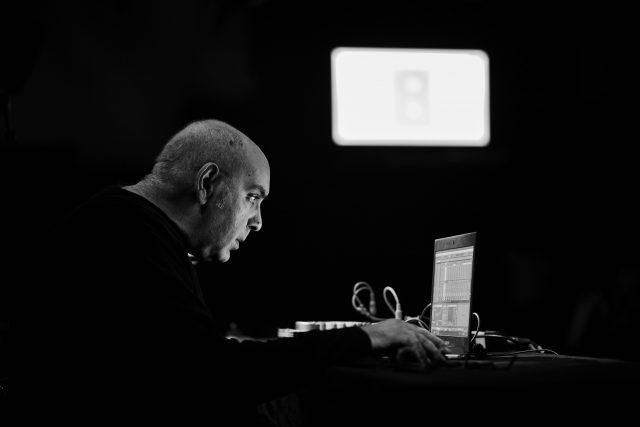 In this concert I present a compendium of sounds that I used in my last few albums, percussion with objects recorded in my studio and field recordings of water sounds, insects and popular markets; With these elements I will improvise for about half an hour, taking these sounds to an undetermined point between ambient and noise.

Juan Antonio Nieto is a spanish experimental musician. He palys live electronics using field recordings as a raw material. His records have been published on labels as Moozak, Trente Oiseaux, Mandorla, Experimedia, Impulsive Habitat, Plus Timbre, Test Tube, A.M.P., and Luscinia among others. His music also has been included in more than thirty compilations. He has won the Radical dB award in the category audio/performance in 2016.