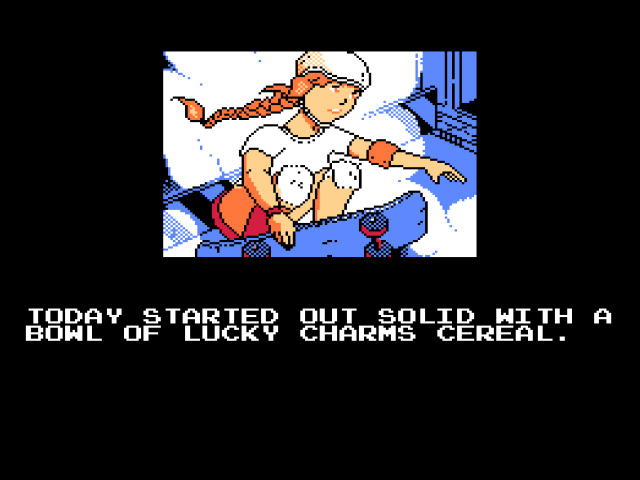 What Remains is an 8-bit adventure video game about environmental issues, the manipulation of public opinion (ie fake news), and whistleblowing. It is distributed on recycled and repurposed video game cartridges, as well as with source code and instructions for the public to also produce their own. What Remains is made for the original 1985 NES (Nintendo Entertainment System), a 30 year old device repurposed for creative expression, functioning as a symbol of that time’s influence on the present. The game has a female protagonist, Jennifer, who stumbles upon a NES cartridge which contains encrypted documents containing proofs that what they led to believe in relation to environmental issues has been in fact heavily doctored by several parties who have an interest in maintaining a certain reality for their own profit. She and her best friend Michael start to unravel several ecological and political disasters by decoding the documents and spreading news about the information they discover. The game story is based on two year long research on the parallels between today’s situation with global warming, and 80s environmental issues and corporate propaganda. The game was released on the 24 May 2019. The development of What remains was made possible with support from Creative Industries Fund NL, Democracy & Media Foundation (NL), Het Nieuwe Instituut (NL), Akademie Schloss Solitude (DE), ZKM Center for Art and Media Karlsruhe (DE), V2_ Lab for the Unstable Media (NL), WORM Pirate Bay (NL), FoAM Kernow (UK), Varia (NL), ESC Medien Kunst Labor (AT), Hotel Mariakapel (NL), and Servus (AT). It was created by an international team of artists, hackers and musicians (France, Netherlands, Taiwan, USA).