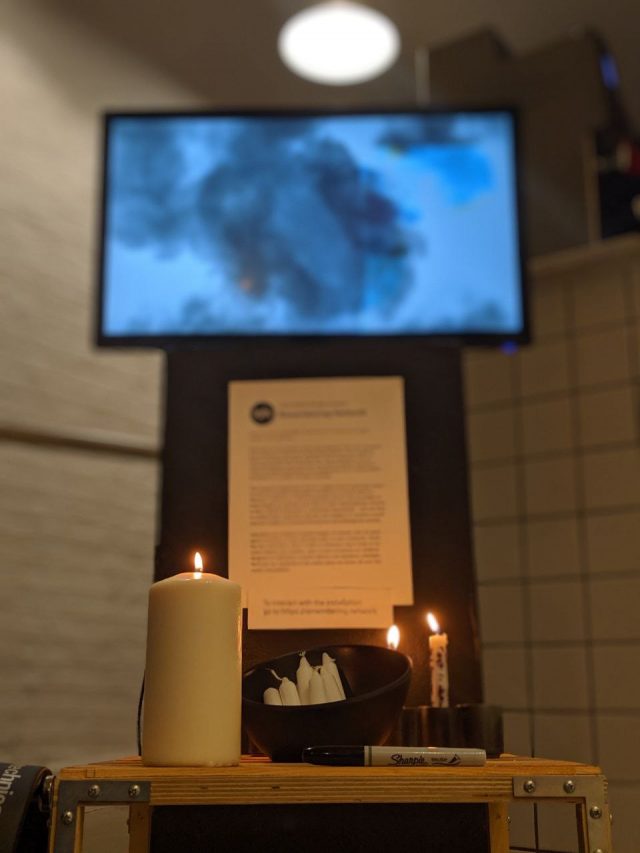 There are 41,415 species on the International Union for Conservation of Nature’s Red List of Threatened Species, and 16,306 of them are threatened with extinction. This constitutes 27% of assessed species. Early this May, the United Nations released a report on global biodiversity loss, finding that it is in unprecedented decline as a result of human activities. > > The Svalbard Global Seed Vault is a highly secure seed bank meant to preserve genetic information located on a remote island in Norway. It serves as a kind of memorial, but it’s not accessible to most people as anything more than an idea. Remembering network is also a kind of monument, a mnemonic placeholder – but one that is collaborative, local-first, diverse, and resilient. It contains crowdsourced images of currently threatened and endangered animals. > > Attendees are invited to submit images of animals, that are packaged in archives on ipfs and other peer to peer protocols. Much like the seed bank, which is built to withstand many kinds of extreme climate and weather, peer to peer protocols are similarly designed to withstand network failures and takedown attempts. We’ll put our memorial in the safest place we know: all over the world, everywhere.

Sarah Friend is an artist and software engineer, with special interest in blockchain and the p2p web. She exhibited work at NEoN Festival in Scotland, Moneylab in London, Gray Area Festival in San Francisco, Microwave Festival in Hong Kong, the Athens Biennale, and the ZKM Center for Art and Media In Germany. She is a proud Recurse Centre alum, and is one of the organizers of Our Networks, a conference on all aspects of the distributed web in Toronto.

Arkadiy Kukarkin
Arkadiy has been trying to make the internet a better place for just over a decade, with mixed success. His work focuses on creating systems of support and expression that respect the intrinsic motivations and intent of the participant, and exploring the relationship between creative labor and reward. If the whole Internet thing doesn’t work out, he’ll probably be found in a kitchen/garden somewhere, or making atonal sounds with weird software/electronics, if there is a power supply